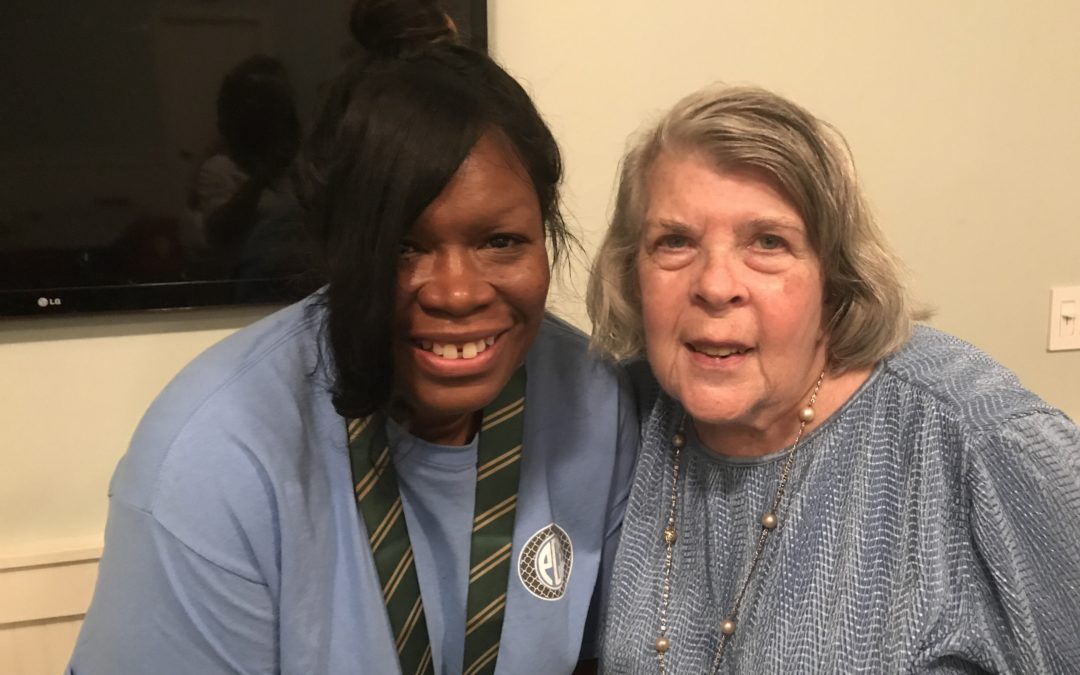 The following article was published in the church bulletin of a congregation in Athens, Georgia recently – a church within the ICOC fellowship. It illustrates a number of important lessons regarding racial issues viewed from a biblical perspective. Perhaps most importantly as it relates to the purpose of my blog, it shows how biblical convictions can overthrow even deeply entrenched perspectives that violate God’s truth. The end result of the power of God to re-program us leads to friendships and fearless discussions among all of his children, regardless of race or widely differing backgrounds.

Although this article is brief, I have gained something new each time I have read back through it. With that in mind, I suggest you read it several times over a period of several days. As a writer, nothing makes me happier than to see the principles I am advocating being put into practice (even when I have no part in it)! Enjoy!

“For he himself is our peace, who has made the two groups one and has destroyed the barrier, the dividing wall of hostility.” (Ephesians 2:14)

I am a seventy-six-year-old white woman who grew up in the segregated state of Mississippi. From my childhood I remember too well how inhumanely black people were treated. I knew in my head these actions were wrong, but felt so powerless to do anything to help. Years later, I lived in Rhodesia for almost three years in the mid-70s under the rule of apartheid. I saw much which was reminiscent of my earlier years. Fortunately, I did have the conviction to reject such injustices at that time. Today, I am super thankful to be a part of an ethnically/culturally integrated fellowship. I have visited or lived in thirty-eight different countries and have never experienced such acceptance of one another anywhere outside the church. This kind of love and fellowship can only be accomplished by obeying God’s commands. I am so very blessed to be a part of this fellowship.

Today, I am privileged to say that one of my dearest friends is an African American sister whose background is the very opposite of mine. But because of our relationships with God, we love each other from the heart. We can have open dialogue about many things, including racial issues, and I find my heart often hurting when I hear her talk of the suffering she has experienced. Because we are disciples of Jesus, we love each other unconditionally—a love only God has made possible! (Ephesians 6:11)

I am a forty-six-year-old black woman who grew up on the opposite end of the country. I was born a black Muslim. I grew up in Harlem in the seventies with the refrain of the black power movement reverberating as the theme of my childhood. My great grandfather was a follower of Marcus Garvey, the black national who proposed African Americans returning to Africa. My grandfather refused to visit the South after his brother was lynched. Eventually, I was converted in a predominantly African American ministry in Harlem. As I was studying the Bible and counting the cost of following Christ, I discovered that the church was predominantly Caucasian. That realization almost led me to walk away from God. I had to develop a conviction that, in Christ, the old self must pass away (2 Corinthians 5:17).

As I have softened my heart to God’s word, He has provided me with a rich tapestry of diverse relationships. God only sees good and evil, and that is how I now see things as well. I still feel a very personal pain at the injustices minorities face in this country. But I also realize that, if I had not experienced the upbringing I have, perhaps I would not even notice such social ills. My perspective is to now fight against injustice as sin because it is another tool Satan uses to attempt to separate us from God and one another. I am so grateful that only in God’s Kingdom could I overcome past attitudes and have a relationship with a seventy-six-year- old white woman from Mississippi (Philippians 3:13-14).