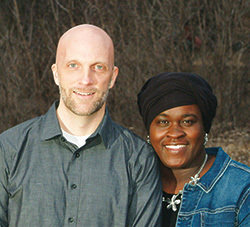 A few days ago, I posted articles twice on Facebook about the death of Ahmaud Arbery. Many others have posted similarly, generating many responses. Most responses indicate that more and more of us are starting to understand the depth of the problem and are looking for ways to help needed changes occur. A few respond in ways that are shocking and saddening to me, showing that they don’t understand the systemic nature of racism in our society. Whatever else may be said, any rationalization of two ordinary citizens taking the law into their own hands, complete with firearms, is absolutely indefensible – period!

This podcast by Michael Burns is one that I would love for every American to hear, especially all who identify as Christians. Michael does the best job of identifying all elements of biases, prejudices and racism of anyone I have ever read or heard from, and that as a white man. His insights are simply amazing, shown clearly through his books, “Crossing the Line: Culture, Race and Kingdom” and “All Things to All People.” I think these books are simply spectacular, must-read books for all Christians.

As you will discover in the podcast, Michael speaks as a true follower of Christ. Unlike many whose heightened emotions cause them to make valid points in an invalid, worldly manner, Michael shows genuine love for those who disagree with him and would consider themselves as his enemies. He is perhaps the finest example I know of one who speaks the truth in love – love that can be perceived in his manner. He is one of the rare ones who both understands and practices what 2 Timothy 2:23-26 commands.

2 Timothy 2:23-26
23 Don’t have anything to do with foolish and stupid arguments, because you know they produce quarrels. 24 And the Lord’s servant must not be quarrelsome but must be kind to everyone, able to teach, not resentful. 25 Opponents must be gently instructed, in the hope that God will grant them repentance leading them to a knowledge of the truth, 26 and that they will come to their senses and escape from the trap of the devil, who has taken them captive to do his will.

I understand all too well the challenge of addressing topics that are personal and emotional. I am emotionally based person and often have to repent of, and apologize for, allowing my temper to escalate and be expressed in ways that violate this Scripture. It has been a lifetime struggle for me, and although I have made significant improvements, it can at times still be a battle. The problem with not controlling our tempers in speaking or writing is that we both sin against other people and reduce the impact for good that we might otherwise have enjoyed.

I see this loss of impact often when people communicate about the topic of racism, especially if they are people of color themselves. Their insights and observations are spot on and very needed, but their manner turns off the audience they most want to affect (white people). To add to the problem, they may attempt to justify their manner by noting either their own personal experiences and the pain it has brought them or in showing the heinous nature of the issue itself. The content is valid in both cases, but the manner derails what might have been helpful.

On the other side of the coin are those who are defensive about the issue, trying to rationalize what cannot be rationalized. Biases, prejudices and racist attitudes – even if unconsciously held, are real, wrong and damaging. They hurt the ones holding them and they hurt the ones who are the object of them. On either side of this coin, when we don’t control our emotions in communicating, we drive each other further away from where we think they should be, for we are perceived as shedding more heat than light on the situation.

Let’s all please work on this in order to help ourselves and one another. Gentle instruction of those who oppose us is, after all, the will of God.

May you now listen to Michael and may God bless him to have greater and greater influence in an area that is so crucial to our nation and world.

What can Christians do against prejudice and hate? A perspective from Michael Burns, teacher in the Two Cities Church.

Posted by Michael Mbuso Burns on Saturday, May 9, 2020