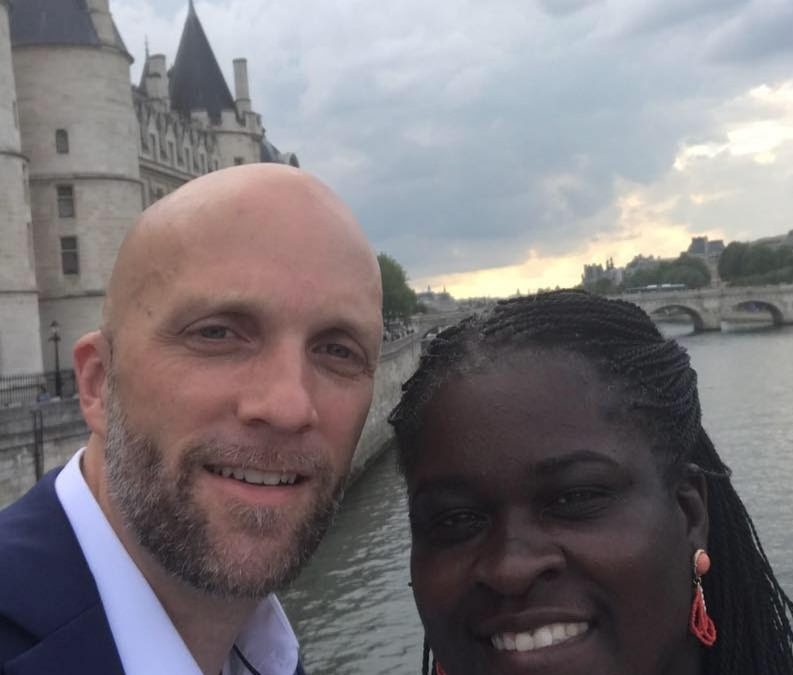 Stories are incredibly important. Every person and group has a story. Stories help to shape and craft our identities even when we don’t realize it. The grand stories that shape our self-understanding and the way we view and interact with the world are often called meta-narratives. When it comes to groups and societies, these meta-narratives are passed down from generation to generation. The impact of embracing these meta-narratives can be felt by future generations even if they have lost all or part of the meta-narrative itself.

The Grand Story and Identity of God’s People

One example of an identity forming meta-narrative comes from the biblical text. Each generation of Israelite children heard and read the incredible story of the Passover. They thrilled as their parents and grandparents recounted the events that led their ancestors to the revelation that they were God’s special people. They marveled at all that God had done as he led them out from under the enslaving hand of Pharaoh.  And this set their self-identity in stone. They were God’s people and would never again be slaves to anyone, regardless of circumstances that might seem to temporarily point to a different conclusion.

In John 8:32 Jesus challenges the identity created by the Passover meta-narrative. He implies that the children of Abraham need to be set free which elicits a series of protests and emotional responses. That response was, “We are Abraham’s descendants and have never been slaves of anyone” (John 8:33). Any other group of people would likely not have taken such offense at the implication of being enslaved, especially when Jesus explains that he is speaking of the universal slavery to sin (John 8:34). But meta-narratives and their ensuing identities are powerful. These identities become deeply held and we cherish them without typically fully realizing how important they are. The Passover meta-narrative had cemented in the nation of Israel’s mind that they were God’s children. No matter what tough temporary circumstances they might face, like the occupation of their homeland by the Roman Empire, they were still God’s family and would never be slaves. Jesus challenged both of those dearly held foundational identifiers.  The pushback and vitriol were palpable.

Whenever two people are involved relationally to any significant degree, conflict is virtually inevitable. In this context, conflict is simply the incompatibility between two or more perspectives. Conflict itself is not necessarily sinful. You can have conflict without overt sin. Conflict will happen. The difference is in how we handle that conflict. The danger, of course, is that most human conflict does lead to sin.

In fact, it will happen often in a family of churches like ours.  The more diverse a group is socially, historically, and culturally, the more opportunities there will be for conflict. We will have different perspectives, experiences, cultural expectations, history, preferences, and so on. This will be a constant challenge to our unity, especially when difficult subjects such as race and culture are being discussed.

Yes, conflict will happen. But when that conflict involves pushing up against one or more meta-narratives, that conflict can get passionate, and negatively so, rather quickly.  That’s when conversations and even relationships can start to break down.

By way of example, let’s say that a Bible talk group sits down to discuss an incident that has been in the news involving a white police officer and a young man of color, resulting in the tragic death of the young man. As the group begins their conversation, conflict quickly erupts. Some in the group identify with the police officers and are prone to trust them and take their side without much in the way of questions. Others may or may not realize it, but somewhere deep down, they don’t trust police forces inherently. Even though we have a room full of disciples of Jesus Christ, tensions rise and before you know it there is a heated debate. Within twenty minutes, factions have formed, divisions have arisen, and hard feelings have developed.  What’s even more pronounced and problematic is that these divisions are often (though not always) along racial or ethnic lines.

In situations like this, what often happens is that an awkward fear develops in one or both groups and they determine that the best solution is simply never to talk about these matters again within the body. This is deeply problematic. Healthy families talk. In fact, healthy families can talk about virtually anything. The degree to which there are off-limits or taboo subjects is the degree to which a dysfunction is bound to develop in that family.

Going Below the Surface

Here’s the real problem. In many situations, the different meta-narratives that we have lead to sharp disagreements. But we tend to not recognize that it is these underlying identity-forming stories that have led to our very different perspectives and resulted in severe conflict. Because of that, we stay at the level of the surface conflict and never get to the roots of it.

Let’s go back to the Bible talk group and see how this plays out. Some probably grew up in a middle class, predominantly white environment like mine where the police force was always presented as a positive thing. Every year we would have “Officer Friendly” come to our school and spend time connecting with the students. We looked forward to seeing police officers in town because they would hand out baseball cards to the kids. We were always told that they were the good guys; they would save us and help us if we ever needed it. This is why so many defend and support police officers before they may even know the specifics of a case. They just trust them naturally. That was my meta-narrative and many of you may identify with that. It formed a specific aspect of my worldview and identity in relation to those that are given the responsibility “to protect and serve.”

My wife is African-American and grew up with a very different community meta-narrative. The roots of many police forces, especially in the deep South where her family migrated North from, were as slave patrols. After slavery, those forces morphed into police forces, but they often had the objective of keeping black community members “in their place.” The lines of justice were frequently blurred and they often intimidated, brutalized, and terrorized the black communities. So, the meta-narrative formed that policemen were not a group that could be automatically trusted. They were to be rightly feared and meta-narratives like this are powerful and do not easily go away. They are passed down as wisdom from generation to generation. Even if a group is removed from the original context, the story and worldview often remain in place. And events that might seem like unfortunate, isolated incidents to those from one meta-narrative, serve as powerful reinforcements of the negative image for those from a different meta-narrative.

It can be incredibly destructive if we are unable to get down to that level of understanding one another in our church life. When we stay at the surface level of conflict, we simply argue. We waste our breath trying to convince one another but will very rarely be able to succeed. It is like two people staring at a white wall, one with rose-colored glasses on and the other with blue glasses on, who insist on arguing about what the color of the wall is. They will never get anywhere if they focus on the wall and fail to recognize that they have on different-colored glasses.

That’s how it is with these meta-narratives. We must go beyond the conflicts and seek to understand each other. Ask deep questions. Try to comprehend not just what a person believes or what they perceive, but why. They may not even fully grasp their own meta-narrative at first. There are many members in my wife’s family that were raised with an inherent mistrust of authority figures like the police but have little idea of why or where that fear comes from.

This is not taking sides on an issue or any specific incident involving police. If you’re focused on that, you’ve missed the point of this article. That was simply a relevant illustration to help us understand the powerful forces at work that can weave conflict into our relationships. The next time you find yourself in conflict with a brother or sister over a serious matter of this nature, don’t stay at the surface level of the conflict. Go deeper. Ask questions. Hear one another. Find out what some of their identity forming meta-narratives are (and we all have many).  We may not ever fully agree on everything, but we can at least start to understand the different perspectives that others may hold, and we may learn a lot more about ourselves.  When we understand one another’s meta-narratives, their perspectives start to make a lot more sense and we often feel empathy and a desire to reconcile rather than pull away or continue the conflict.

Here are some practical steps to help us begin to discover and navigate the waters of the meta-narratives of others.  First, I have a big warning though. Don’t attempt to do this with others until you have examined your own meta-narratives and presumptions. Only then can you have a reasonable chance of understanding and empathizing with others.

Proverbs 20:5 says that “The purposes of a person’s heart are deep waters, but one who has insight draws them out.”  Our meta-narratives are certainly deep waters and when we take the time to learn our own and draw out those of others, we move one step closer to the kind of unity in Christ that God desires for his people.  A willingness to examine your own meta-narratives and identities and those of others, won’t solve every problem but it is a very healthy step in the right direction.