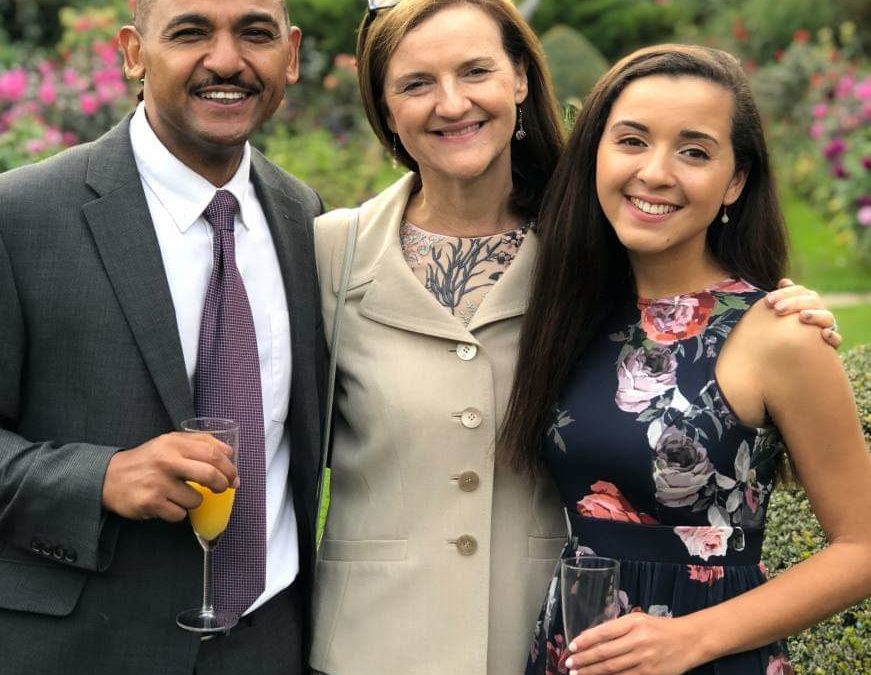 I have not added any articles to this blog for quite a while now, due to focusing on other writing. I have written three short books during that interim, all of which are in some part of my publisher’s pipeline. This article was written by the daughter of two of my dear friends of many decades. Hannah wrote it in the wake of the media attention following the death of Ahmaud Arbery. Her comments on Facebook accompanied an article she posted by Mike Patz from his blog entitled, “White Americans Need to Condemn White Racism in America.” The comments by Hannah comprise this blog post.

“By faith Moses, when he had grown up, refused to be known as the son of Pharaoh’s daughter. Rather he chose to be ill-treated along with the people of God…” (Hebrews 11:24-25)

I’ve read these verses numerous times in my Christian life but today (Friday, May 8, 2020) they spoke to me differently and I felt compelled to share it. Today, I read these verses and saw a man who was born into privilege (taken in as a baby by the daughter of the most powerful man in the Ancient World), choosing not to sit back in his palace and enjoy his fortunate position, but rather to use it; use it to benefit those who had not received that same privilege. Sure, he didn’t do it perfectly. (His initial attempt at seeking justice led to him murdering an Egyptian that he saw abusing a Hebrew outside the palace walls!) But what I saw in Moses today, and deeply respect, was a man that went outside of the palace walls in the first place to see the abuse taking place. He didn’t withdraw or hide inside his palace, hide in his privilege and pretend he couldn’t see the horrors going on outside. No wonder he was being commended as a man of great faith thousands of years later!

Fast forward to May 2020. What are our palaces and how might we step out of them? Baby steps. The first step might just be acknowledging that you’re in one! This was the case for me. Being of mixed race, I have never classified myself as white and yet I know, to the casual onlooker, I am typically perceived as such, which in itself makes me a person of privilege. I remember the first time this truly dawned on me was when I was pulled over in the middle of the night by a police officer 2 years ago – as a Brit trying to drive in America! Instead of being met with fear and mistrust, such was dismissed the moment he saw me and heard my explanation. Instead, he responded with a cheery “Welcome to America!” That is privilege!

Stepping out of your palace might simply be liking or sharing someone else’s post on this issue (in doing so you are acknowledging that there is an issue). It might mean going on a run before the day ends in honour of Ahmaud and – as you run – praying for all the injustices in the world and asking God to show you what your unique role might be in alleviating them. Stepping out of your palace might be starting to change the narrative in your own mind; to say “there’s my brother” the next time you see a black man run past you. To say a prayer for him under your breath because, like you, he’s someone’s child. Humanize him. Let’s value his right to life over our right to fear, feel threatened, or be suspicious.

I feel compelled to say that this is nothing to do with a “white savior complex” (we already have a Savior – who, for the record, wasn’t white 😬). This is about recognizing privilege and choosing to not sit back in silence and enjoy it (it is completely unmerited so no pride should be taken in it). This is about saying to our brothers and sisters that are carrying heavier burdens in this life than our own that we see them, that we want to fight a flawed system alongside them, that their voices will no longer be the loudest ones demanding justice, that we’re running with them. #IRunWithMaud #stepoutofyourpalace #stepoutofyourprivilege