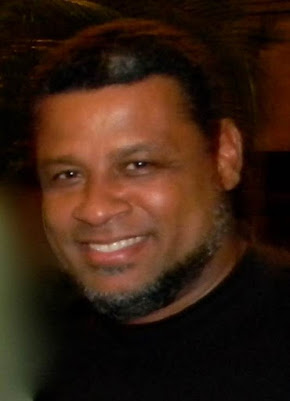 My last post on this blogsite was on the subject of slavery and the Bible. Interestingly, one of the members of our Diversity Committee in the ICOC churches is quite the expert on the subject. Richard Rodriguez, a brother in the South Florida Church of Christ, wrote both a thesis for his Master’s degree in History and a dissertation for his PhD on related aspects of American Slavery.

I asked him some time ago to write an article or series of articles about the main themes of his academic studies to use on one of my online sites. The end result was a seven-part series, which was too long for this blogsite, but fine for my teaching website (gordonferguson.org). I am posting this biographical sketch written by Richard as an introduction to Richard and to his longer material. After reading this, you will likely be interested in reading that longer material on my teaching website. Enjoy!

I was baptized into Christ at the Crossroads Church of Christ of Gainesville in 1981. There I studied the Bible with Dan Davis out of Reese Neyland’s bible talk and counted the cost with Sam Laing. As God would have it, Sam also performed my marriage to my lovely wife Debonaire nine years later in Davie, Florida. We’ve been married for 26 years and have 4 children. I grew up spiritually in what is now called the South Florida Church of Christ.

I am African American and Puerto Rican. I grew up on in a Puerto Rican home and have throughout my life felt comfortable in several cultures, whether Latin, black or white. I did not grow up angry about being black or under the heavy glare of racism, though I knew it was there and was peripherally affected by it.

Captivated by US History

I did, however, study history in college and earned my B.A. in the subject. I was drawn to the Civil Rights Movement in my studies and that interest stayed with me after I finished school. In 2005, I found myself going through a spiritual dry season and felt the need to draw near to God. I decided to go through the book of Genesis to better understand the personality of God as displayed in that book. My love for God was renewed and I went through a personal spiritual revival of sorts. I decided to write a book on God entitled “Reintroducing God from Genesis: Can He be this Good?”

It was in Genesis 15 that I got the idea about God and slavery. In that chapter, God predicts to Abraham what would happen to his descendants in a foreign land, how they would be enslaved and mistreated for 400 years, and how God would punish the nation they served as slaves. It was there that I was struck with the parallels between the Israelites in Egypt and African Americans in the U.S. Africans first reached North America in 1619, almost 400 years ago. I began to wonder if God felt so strongly against chattel slavery that he would be willing to punish a nation over it, and whether that was a possibility in the U.S. in view of the parallels between Israelite slavery in Egypt and African American slavery in the U.S.

A Unique Study in Earning My Master’s Degree

As it would turn out, I had the opportunity as a teacher to enter graduate school to continue my education in U.S. History. It was there that I asked one of my professors if there is any evidence that anyone in U.S. history believed that God would punish this nation for slavery. Sure enough, she emphatically asserted that none other than Thomas Jefferson was “haunted” by the possibility that God would punish the United States for its system of slavery. It was then and there that I decided to do my 2010 master’s thesis on the subject: “The Spirit of 1776: Abolitionists and the Ideology of Divine Retribution for Slavery.”

In my research for my master’s degree, I found that starting in 1776 and continuing all the way to the Civil War in 1861 there were several abolitionists and public figures who believed that God’s wrath would come on the U.S. for its system of chattel slavery. Further, I discovered that ultimately Abraham Lincoln himself believed in 1865 that the Civil War was divine retribution for slavery. All the while, I was amazed at how professors I heard and books I read blamed Christianity for American slavery. They had a point. They cited the many proslavery apologists who used the Bible to justify American slavery. I felt, however, that such arguments did not agree with my understanding of God, Christ and Christianity, especially as my understanding of the real nature of American slavery became clearer to me through my research.

The Bible and American Slavery – My PhD

When the time came for my dissertation, I realized I needed to broaden my topic. It was at that point that I decided to track the biblical arguments of abolitionists against American slavery. Though the topic has hardly been addressed by U.S. history scholars, the primary source literature was so abundant that I had to cut my time period of study in half so that I could finish my dissertation. I originally planned to track the subject from 1776 to 1865 but decided to stop in 1837 and then add an epilogue that tracked antislavery doctrine during the Civil War years (1861-1865).

My research has shown that the Bible was the cornerstone of the abolitionist argument against American slavery and galvanized the American movement against slavery, a key part being the Women’s Movement against American slavery. In October 2017, I successfully defended my dissertation thesis, and graduated with a Ph.D. in U.S. History. My dissertation committee, which was made up of 4 university PhDs, most of whom are published scholars, believe my dissertation will be published for the academic community. One, a scholar in the field of Religious Studies, told me “I have become your student on this topic.” I have been hired by Florida International University to teach a course on American slavery and the Bible this year.

My Church and Its Growing Diversity

Getting back to the church, when I first visited Crossroads in 1981, I remember seeing a white and black man hug. I knew right then that this church was special. A year after my conversion, I returned to South Florida and placed membership with the then Plantation Church of Christ in Broward county in 1982.  When I placed membership, I noticed that out of a congregation of roughly 100 members, there were only 6 blacks. I felt that needed to change and so I devoted myself to reaching out to blacks to build diversity in the church. I felt we were a Bible church, but we just needed to work on our diversity.

Since that time God has done amazing things. We are now the South Florida Church of Christ and one of the most diverse congregations in the ICOC. I certainly don’t claim any credit for that, but I share only to say that I love the church and want to see it grow spiritually, numerically and in its diversity. In the time I’ve been in the church, I have built great relationships with white, black, Latino and Asian brothers and sisters. When I begin to share about many of my brothers and sisters from all racial groups and what they mean to me, I get choked up. I love them deeply.

It’s All About Honoring God

Most importantly, I love God. My readings in the book of Genesis and the rest of the Bible prepared me for my research. I am convinced that the notion of American slavery being approved by God, who is Love, is a direct smear on his character based on revealed scripture. The more I studied American slavery, especially in the light of scripture, the more I understood that the enemy, who is known as the father of lies, has deceived many to believe this most heinous falsehood that is spread across the universities and colleges of the land. Unfortunately, many Christians have believed this slanderous accusation against God. The very idea should make us shudder. God’s honor is at stake. This is ultimately why I have spent the untold hours researching, reading, and writing. I believe that my labor will not be in vain. As Jesus himself said, ironically while addressing the issue of spiritual slavery, “You will know the truth, and the truth will set you free.” (John 8:32)

I believe it is on this last point, defending God’s honor, that we have an opportunity to stand out as a movement. We are after all, his children and ambassadors who hold out his Word in a dark, racially divided and deceived world. I look forward to once again contribute to the growth of our family of churches by sharing my research to the glory of God.