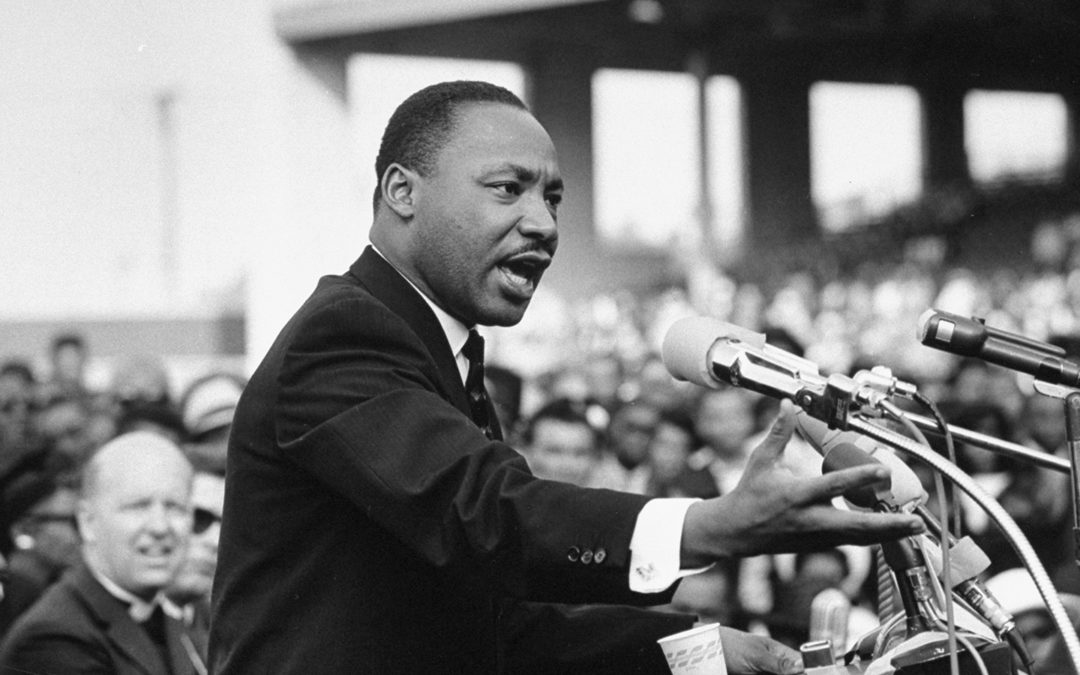 Yesterday I read an article on Facebook by our dear brother, Scott Green, in honor of Martin Luther King Day. Not only did I think it was an excellent article, I was impressed that he wrote it while in the middle of his battle with brain cancer. He mentions the details of this in the article briefly, and the title ties into it as well. I asked and received permission to post his article on my blogsite, but waited until today so that I could relate to you the encouraging results of his MRI scan which he received earlier today. Although his type of cancer fortunately has a high cure rate, he still covets our prayers in his behalf. My goal in including his article is to share his thoughts with you and to increase his prayer cover. May you enjoy the former and embrace the latter!

Today is the 32nd Martin Luther King Jr. Day.  Tomorrow, January 17, is a Shoe Day for me, one in which I will have an MRI done to see if this fall’s brain cancer treatment was effective.  By “Shoe Day,” I mean those days in which the focus of your life or death comes brightly into view, one in which you are wondering if “the other shoe will drop.” What will be found on the scan?  Will the result point to life or not?  As a cancer patient and survivor (thus far), I fight not to allow many days to be Shoe Days, but some, like tomorrow’s MRI, are hard to disguise.  And in the valley of the shadow of death, framed by the idealism of Dr. King’s life, example, and famous words, I have some strong wishes for our church community and for our nation.  How you hear them is wildly beyond my control, but I hope you can trust the spirit with which I write them—sincerely, honestly, and humbly, acknowledging that this is but one more word on the topic, not THE Word.  But there are some Great Things I am asking of you today, and of myself in it.

First a quick observation:  why was Dr. King so admired?  What was he doing in the name of civil rights that was so noteworthy?  Philosophers will remember Gandhi and “Satyagraha,” and most of us will remember, “non-violent resistance.”  In my therapy practice, we might say this was a commitment to process over content/results.  It was more important to King and his followers to engage a process of Unity over Division, Love over Hate, Light over Darkness, believing these values would win the day, than to have a forced result—and outcome mandated by torches, pitchforks, or guns.  Fundamentally, King’s movement, in my interpretation, was committed to Inspiring, rather than Requiring, change.  This he accomplished, and such process has a permanent home in my own heart because of his priceless work—work that cost him his life.  I’m confident this is at least one of the reasons he is compared to Jesus.

And how would Dr. King diagnose us today?  I suspect he would not be proud of our division; not proud of our rhetoric; not proud of our crimes; not proud of our runaway slander; not proud of retribution and resentment; not proud of the way we have a “national conversation” about our frayed race relations. America, like most countries, has “scandal” in its history.  “Duh,” you say.  But today’s scandal is our poisonous love of division.  Why do we love it?  That has to do with ease and pleasure.

Temptation and sin are always pleasureable in the short run.  In the face of our racial differences, it may be easy to be Proud and Superior, rather than Humble and Curious.  I remember in junior high school how true this was even beyond race—I was different because I had come from a military base and family.  Thank God I was fast, which impressed my enemies just enough.

Hate is also a pleasure.  Short-term, it feels good to hate.  For example, I hate the 49ers, and as a fan this generally feels good.  Pray for me.

Essentialism makes division possible:  the idea that The Past is Rubbish, because now, finally, WE have found the Magic Bullet to a particular problem.  I suppose this is another manifestation of condescension.  As Romans teaches, it’s better for us to accept that there are many “disputable matters” on which we should refrain from Judgment.

Dismissiveness supports division.  Think this through carefully: “You just don’t get it,” is not an argument and in fact indicates that you either have no argument to make (persuade us!) or you don’t really understand your own arguments very well.  Another version of this is “the facts show…”  I have found over these decades that while it’s true Facts are Facts, most of our divisive conversations are about how we interpret those facts—yet another disputable matter.  For example, Gallup today reported that eight years ago, 37% of Americans thought our race relations were poor, while today, 67% say so.  Those are facts; but they can be interpreted many ways:  for example, it shows we’re just more “aware” than we were 8 years ago;  or, it shows relations are truly worse;  or, it shows our rhetoric has become more poisoned;  or maybe all three.

The Bible condemns (harshly, in my opinion) division; (there are too many commanding scriptures on it to cite here.  Just Google, “what does the Bible say about Division?”).  In Titus 3:9-10, we all read, “but avoid foolish controversies, genealogies, dissensions, and quarrels about the law, for they are unprofitable and worthless.  As for a person who stirs up division, after warning him once and then twice, have nothing more to do with him, knowing that such a person is warped and sinful; he is self-condemned.” (ESV) Inspiring division is something that can take you out of the community (“disfellowshipped” we call it often);  that’s how much it means to God, and to Christ, who died for our salvation, but also to destroy walls of division (Ephesians 2:13-14).

As Christians and community leaders, we should ask ourselves, “do my actions and especially my words, inspire more unity, or enable or rationalize division?”  And in the spirit of Titus 3:9, we should be asking, “is the way we talk about this really “profitable,” or is it “worthless?”  Is what we’ve been doing really working?  If the answer is “Yes,” keep sharing with us the specifics of how that has worked in your family, your community, your church, so that we can learn and imitate.

If the answer is “No,” then shouldn’t we try something different?  Or allow the memory of Dr. King to harken us back to something we forgot or put on the shelf?

The way forward, as I understand it, has some palpable foundations.  First, we must assume genuine dialogue between the injured parties.  When I first began my work as a marriage therapist, I was engaged by a couple that came with a fundamental and, as I quickly learned, prohibitive problem:  only the Husband was The Problem.  The couples’ interactions showed this, and when I met with the parties separately, the wife confirmed the Truth of what I was feeling:  to her, the husband was deficient, flawed, and unable or unwilling to “take responsibility.”  In fact, she had already given up. When I suggested to her that this might prove to be a prohibitively condescending non-starter for healing, she began to assume I was “on his side.”  As you can imagine, our work together soon ended.  She was committed to what I now call, “Divorce Talk,” or Divorce Process; in such a state, collaboration is impossible.  Everything is One Party’s fault.  That person must “take total responsibility” or the other party will pack up toys and go home.  And often they do.

Since those days, I have often asked couples to read Matthew 18:21-35 as a part of homework and assessment.  In this scripture are the fundamentals of Healing between Sinners.  Here are some of the basic realities God expects us to embrace, and these may be hard teachings:

In the real world, this means, in the name of Healing, we generally surrender our right to “zero-sum” evaluations and communication.  That means:

But again, isn’t there a time and place for linear blame?  The Holocaust? Pearl Harbor?  The KKK has killed my grandfather?  Yes and indeed.  We seek, rightfully, justice in these cases and pray that our hearts for justice will not be a hope deferred.  And we rightfully fight for legal systems that will defend this. But far too often, I see and hear disciples trying to turn a more distant and abstract interpretation (“I think my Congressman is a bigot”) into another concrete judgment when we can’t possibly know the heart like Jesus does.  We then dance faster and faster with one another in judgmental opinion-making, until we have burned every bridge and are living all alone in our Rightness.

How do we navigate such waters?  Here are some ideas that have been healing and useful for me, and which I have striven to teach everywhere in every church: