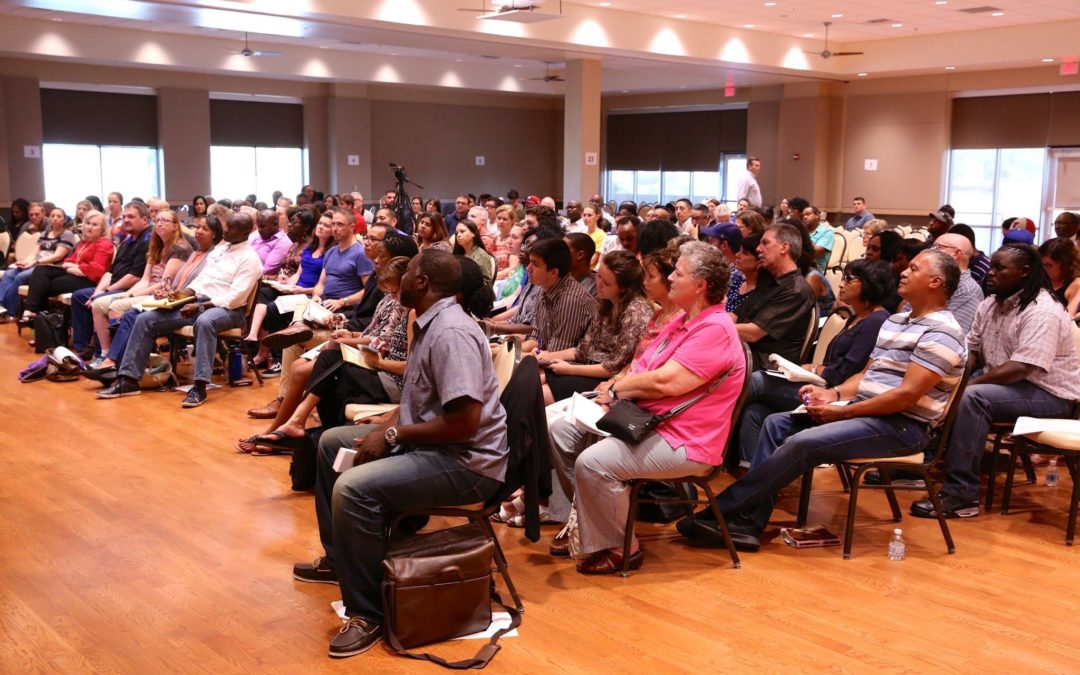 As mentioned in my previous blog post, the DFW church conducted their third Diversity Workshop last Saturday as a part of an ongoing series. The first was for the ministry staff; the second was for the singles ministry; and the third was for all small group leaders (plus some others). As expected, we had at least 200 in attendance at this most recent one. From here, the workshop will be taken to the membership as a whole. Since I am including details as a way of encouraging other congregations to offer similar workshops, I will simply walk you through what we experienced Saturday. 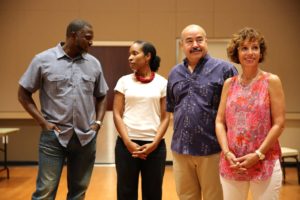 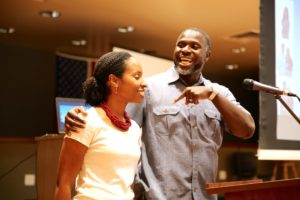 After Todd Asaad introduced the workshop leaders, Marcos and Kinny Pesquera, and Pierre and Shara Saget, Pierre provided us with some important background Scriptures. He began with Jesus’ prayer for unity in John 17:20-23. A very compelling point from this passage can be made using a marriage analogy. Just as a husband and wife become one, Jesus and his bride, the church, must become one. Unless the church really embraces complete unity among the entire membership, our spiritual marriage to Christ will never answer his prayer of John 17.

Next, Pierre used 1 Peter 1:22 to show that the unity for which Jesus prayed is one that encapsulates a deep love from the heart for each another. This depth of love presupposes that we know one other really well and accept each other completely. It obviously must go much further than a brief greeting at church assemblies, especially with those who are different from us. Loving is caring, and caring is desiring to know as much as possible about our fellow disciples, certainly including the burdens that they feel and need help carrying.

Ephesians 2:19-22 was read and explained, making the point that if we are no longer foreigners and strangers within God’s family, then we should never feel like we don’t fit in. We cannot feel like we are on the outside looking in, not really being a part of God’s building and temple. We are all fellow citizens of his kingdom, on level ground with one another at the foot of the cross.

Then came 1 Chronicles 12:32, a most interesting passage. This verse is in the midst of a listing of those from the different tribes of Israel that joined David at Hebron, prior to him becoming king of the whole nation. It says of those from Issachar that they “understood the times and knew what Israel should do.” They were a part of a successful effort to unify God’s nation, and similarly, we must have among us leaders who understand our tumultuous times and know what the church should do. I am most grateful that we have leaders in our congregation who are clued in to the fact that racial harmony, even in the church, will not just happen – it must be orchestrated and nurtured! 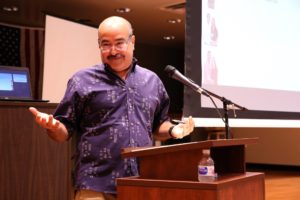 Marcos, our resident diversity training expert, began his segment talking about the striking cultural differences between him and his wife, Kinny. Suffice it to say that it was hilarious! Their backgrounds made it essential that they work hard to understand and accept one another in those differences. He used the iceberg illustration to show that unless we eradicate what he called “the culture of silence,” we will never understand the 90% that lies beneath the surface. Conversations are a must. He helped us to see just how important real communication is between our brothers and sisters. I cannot possibly explain all that he did in this part, but he laid the groundwork to help us be more comfortable talking about the normally uncomfortable topics relating to race. 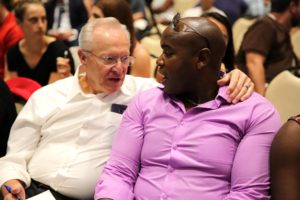 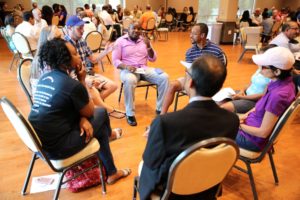 Participation of the audience had three phases. First, we just talked to someone near us that we didn’t know or didn’t know well, and shared what was important to us as persons. Then we broke up into groups, based on random numbers that we chose as they were passed around through the whole assembly. This resulted in groups with a good mixture of racial backgrounds, gender, and age differences. In this setting, we were given questions to discuss about our backgrounds: family, schools, neighborhoods and friends. The most important question addressing the point of the workshop was to share who “those people” were in our family as we grew up.

On the latter, we heard some unexpected responses. One black brother shared that he was discriminated against by other blacks in his neighborhood because he had a father in the home whereas others didn’t. Pierre, having come from Haiti, found out that he wasn’t really black in the minds of some. He also learned that HBO didn’t just apply to a media source, but stood for “Haitian Body Odor!” It became obvious fairly quickly that prejudices come in many forms and that we all have some, whether we are conscious of them or not. For me, “those people” on the radar screen of my family were the uppity rich, highly educated folks who saw us for what we were: “rednecks from the wrong side of the tracks!” As I say, prejudice is far broader than racial categories and it is often systemic much like racial prejudice is – under the surface of our consciousness. We all need help – from God and from one another!

The last part of the workshop included further material from Marcos with some audience participation. Marcos knows his stuff, no doubt about that. He is not only an excellent speaker, but he combines his expertise with humor to make vulnerability about sensitive issues much more natural. In the atmosphere created, people of all races were anxious to share feelings that in other settings might not have been shared at all.

The last topic he raised was “white privilege,” and it was really encouraging to me that almost everyone seemed to understand what that was and was not. It certainly doesn’t mean that every white person is born with a silver spoon feeding them the finest baby food. That was not my experience, for sure! On the other hand, it doesn’t mean that every person of color is born into dire circumstances and denied all opportunities. It does mean that our cultural setting in the United States is such that white people as a whole will enjoy some benefits that those of color in general will not. The biggest challenge for many white folks is that they simply do not understand what systemic racism actually is, since for most of them it is outside of their awareness. A lack of overt racism does not mean that racism in less obvious forms is absent. I was just rejoicing that we could talk about this topic without awkwardness and weirdness. Thank you, Marcos!

The fellowship was abuzz after we were dismissed, and the comfortability level in discussing racial issues was raised significantly. It was only a beginning, but it was an observably excellent beginning. The next stage is to include the congregational membership as a whole in the process. I’m not sure just how that will be carried out, but Todd made it clear that this third segment was to help our small group leaders be more equipped to pass on what they had learned and then to be prepared to further help their group members learn from subsequent workshops and put into practice what they will learn.

My own suggestion will be that we have a three phase workshop. The first would be similar to what we experienced Saturday. It was great, but too brief to accomplish what needs to be accomplished. I would suggest following meetings like this one with assigned discussion questions for each member to talk about with several others of different races than they. This could be done as individuals or within small racially diverse groups. Then the final phase would be another large meeting which would consist of sharing the results of the previous discussions, followed by breaking into small groups once again. This would provide a good comparison of what had been accomplished since the small group discussions in the initial workshop setting. Anyway, those are my ideas at this point.

One thing is for certain. We are living in some tense times regarding racial and other differences. Our society has all but lost the ability to disagree without becoming disagreeable. The subject of politics alone illustrates this loss all too well. Freedom of speech is a constitutional right; hateful reactions when it is practiced are Satan’s delight. (Hey, that rhymes!) In God’s plan, diversity is to a beautiful thing. In man’s fallen condition without Christ, it is just the opposite. More and more respected members of our society are speaking up about these issues and encouraging unity and love as the solution. We in the family of God can do no less, certainly within our congregational families. Let’s do it!