Vengeance is Not Yours, Says the Lord! (Blog 50) 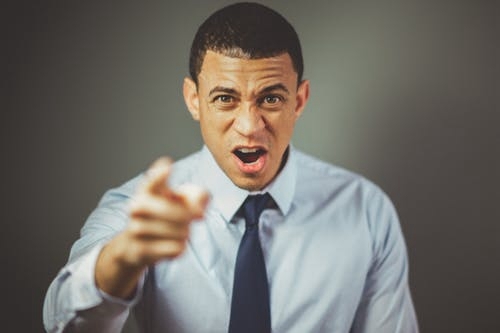 Never take your own revenge, beloved, but leave room for the wrath of God, for it is written, “VENGEANCE IS MINE, I WILL REPAY,” says the Lord (Romans 12:19, NASB).

We live in an angry age, to put it as mildly as possible. At least 40 years ago, I heard a lecture in which the speaker quoted behaviorists in predicting that anger in America was going to reach heights that were then simply unimaginable. Now that prediction is not only imaginable; it is readily observable. The anger is demonstrated in myriad ways, but for my purposes in this blog, I want to address anger in the racial realm. I see a type of anger in the form of vengeance that is directly set against what Jesus is calling us to. Vengeance is not mine nor yours – it belongs only to the Creator.

What is yours and mine is the need to develop the desire to give the benefit of the doubt and to show mercy. The verses surrounding the passage quoted above make this very clear.

Romans 12:14-21 (NASB)
14 Bless those who persecute you; bless and do not curse. 15 Rejoice with those who rejoice, and weep with those who weep. 16 Be of the same mind toward one another; do not be haughty in mind, but associate with the lowly. Do not be wise in your own estimation. 17 Never pay back evil for evil to anyone. Respect what is right in the sight of all men. 18 If possible, so far as it depends on you, be at peace with all men. 19 Never take your own revenge, beloved, but leave room for the wrath of God, for it is written, “VENGEANCE IS MINE, I WILL REPAY,” says the Lord. 20 “BUT IF YOUR ENEMY IS HUNGRY, FEED HIM, AND IF HE IS THIRSTY, GIVE HIM A DRINK; FOR IN SO DOING YOU WILL HEAP BURNING COALS ON HIS HEAD.” 21 Do not be overcome by evil, but overcome evil with good.

Vengeance is Common but Not Sweet

I just typed “movies about vengeance” into the Google search bar. The very first entry shown was this one: “50 Best Revenge Films of All Time.” Human nature is easily consumed with thoughts of vengeance. We hate injustice or unfairness, especially when we feel like we are the recipient of it, and we conjure up scenarios to make those pay whom we believe have dished it out in our direction. Sometimes I dream about such scenarios. That scares me and I actually pray that God will protect me from such dreams and the thoughts when awake that may contribute to the dreams. Vengeance is not “un-Godly,” because it ultimately belongs only to Him, but for us humans, it is decidedly unrighteous. We have not the righteousness to administer it, and therefore not the right to administer it. That’s really challenging though, isn’t it?

Just what are my concerns about vengeance in the racial realm? Many people of color appear to get satisfaction from white people being penalized and punished for racist actions, even if those actions took place decades ago. When such actions are discovered in one’s past, the feeling of many is that those folks should be punished – severely. If they are politicians, they should resign if in office, or be prevented from running for office if they are merely candidates. If they are in business, they should lose their jobs or even their companies if they own one. If they are public figures of any type, they should be publicly slammed and shamed.

Obviously, if these racist actions are current, the clamor for consequences is more understandable (but not necessarily defensible from a Christian perspective). Hatred and a desire for vengeance is never defensible for a Christian. But what about racist attitudes and actions in one’s distant past? Would we not want to know if those guilty historically had changed, had repented, had become “woke?” I have always identified with David’s prayer regarding his youth. “Do not remember the sins of my youth and my rebellious ways; according to your love remember me, for you, LORD, are good (Psalm 25:7).”

The Acid Test: the “N” Word

The question is often asked about whether white people have used the “N” word even in their past. Is that really the issue – what they have done in the past? The impression I get from some of the many articles that I read or incidences that I hear about on the news is that all racist attitudes and actions of the past deserve some type of serious consequences now. At the root of the desire for seeing that people pay for their sins is the desire for vengeance. Since 1 John 5:19 says that “the whole world is under the control of the evil one,” I expect those of the world to have vengeful attitudes. What I cannot expect nor approve is seeing those same attitudes in those who claim to be followers of the Christ.

Racism is wrong; it is utterly sinful. Prejudice is wrong and it is also sinful, in all of its manifestations. It is wrong for white people to hate black people. It is just as wrong for black people to hate white people, but I don’t see that addressed much. Some apparently feel like white people have it coming for tolerating 400 years of slavery and decades of Jim Crow laws, thus allowing horrific attitudes and treatment of those of color. Vengeful attitudes are at the heart of feeling justified in harboring attitudes toward the white population and the desire to see them pay for their sins.

Have I ever used the “N” word? I’m honestly not sure, but possibly. As I have mentioned in other blog posts, I was blessed to have parents who were not racist, which led to me working in an otherwise all-black work force in a construction field for 8 straight summers, starting at age 15. I was guided on my first hunting trip by a black acquaintance of my father, and Mr. Jake was a very nice man who seemed to have a good relationship with my dad. I cannot recall ever harboring racist attitudes at any age. On the other hand, I had friends and relatives who used the “N” word as an ordinary part of their vocabulary. In my youth, is it possible that I allowed that to influence me to do the same? I don’t remember doing such, but I may well have. Is my distant past really the issue? I hate racism and racial prejudice now, that’s for sure.

Hatred and Prejudice Go Both Ways

That being said, I hate all prejudice, especially in the racial realm. But I hate it both ways – white toward black and black toward white. Black hatred is no more justifiable than white hatred, although it is more understandable. White people using the “N” word is deplorable, but what of the various derogatory epithets aimed at white people? I almost never have seen these types of “reverse prejudice” issues addressed in print. Why is that? I would guess that these issues seem justified simply because they are more understandable. But the fact remains that they are not righteous before God. Period.

Our first century brothers and sisters had to deal with many types of injustice as well. The divine directions given them must have been difficult to hear at times and even more difficult to put into practice. Here is a passage to consider that will certainly strike a chord with us in the context of the subject in this article. Read it carefully.

1 Peter 2:18-23 (NIV)
18 Slaves, submit yourselves to your masters with all respect, not only to those who are good and considerate, but also to those who are harsh. 19 For it is commendable if a man bears up under the pain of unjust suffering because he is conscious of God. 20 But how is it to your credit if you receive a beating for doing wrong and endure it? But if you suffer for doing good and you endure it, this is commendable before God. 21 To this you were called, because Christ suffered for you, leaving you an example, that you should follow in his steps. 22 “He committed no sin, and no deceit was found in his mouth.” 23 When they hurled their insults at him, he did not retaliate; when he suffered, he made no threats. Instead, he entrusted himself to him who judges justly.

A significant percentage of the first century population in the Roman Empire were pressed into slavery. In their case, it had nothing to do with race, but it was still slavery. I have read some comparisons of slavery then to slavery in early America in which Roman slavery was made to sound as if slaves were almost grafted into the family of those who owned them and thus treated well. That doesn’t jibe with human nature or what I read about that society in the Bible.

For starters, the above passage mentions harsh masters who beat their slaves. Further, in Paul’s famous description of the first century Gentile world, Romans 1:31 describes people as “heartless” in the New International version. The Greek term is astorgos, the negative form of family love, hence without normal love for family. Another version translates the term as “without natural affection.” They didn’t love their own families, which means that even if slaves were considered like family, it wouldn’t be the kind of family environment we would envision. That was a messed-up world too and trying to describe it otherwise doesn’t make the world of American slavery days worse. The slavery era in our country is quite capable of standing on its own horrendous foundation. Some have called that era “America’s original sin,” an apt depiction.

Bottom line, all of history contains almost unimaginable treatment of humans by other humans. The Old Testament alone is sufficient to demonstrate this truth. It is heart-breaking to contemplate. Our present world breaks my heart. It is a sick society in which we live, and like Lot in the days of Abraham, our hearts should be broken. In 2 Peter 2:7-8, Lot is described as “a righteous man, who was distressed by the depraved conduct of the lawless 8 (for that righteous man, living among them day after day, was tormented in his righteous soul by the lawless deeds he saw and heard).”

In spite of our tormented souls, let us refuse to harbor desires for vengeance. When treated unfairly and hurtfully, may we imitate Jesus, who “entrusted himself to him who judges justly.” Amen!