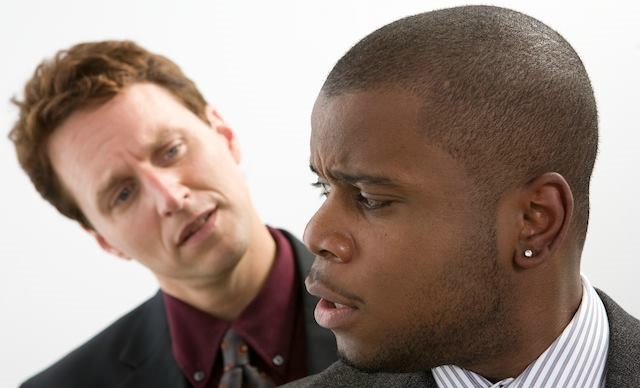 I’m sure that this title is going to attract attention, and it is intended to do just that! However, it is only a question, right? In my next post I am going to provide some encouraging examples of white leaders who are definitely listening. At the same time, I am hearing from some of our black members who are discouraged by the apparent lack of interest on the part of some white leaders who show little or no willingness to engage in racial discussions of any type. My goal is to keep showing why we need to be engaging in more discussions. Our brothers and sisters of color are always in contact with those of their race who are not as governed by spiritual constraints as they are, and what they hear and must address is difficult, to say the least. They want to remain spiritual in their perspectives, but they need help, and if they can’t get it from fellow Christians, where do we expect them to get it? With that introduction, please continue to read, carefully and prayerfully. I thank you in advance for doing so.

In my last blog post, I printed excerpts of a letter from a black sister that covered several areas within the spectrum of racial issues. She shared some of her own experiences, which included prejudicial treatment from other black people toward her. She then went on to share her concerns about how people of color can assume a victim mindset and avoid taking responsibility for their own actions without blaming everything on white racism.

I have addressed a few of my comments toward the attitudes and actions of black folks, and intend to do more of this, but so far have not addressed black issues nearly as much as I have white issues. To be perfectly candid, I think this seeming imbalance comes for one reason and one reason only. That reason is not my fear that some of my black readers may not like what I say, although admittedly they would likely find it easier to hear it from another black person rather than from a white person. That likelihood goes both ways, in that some whites would find it more difficult to hear racial critiques from blacks than from whites.

The reason I have thus far in my blog had more to say to white people than black people is because I’m not yet convinced that my white brothers and sisters are taking racial issues within the church seriously. Especially do I believe this is true of white leaders. Too many whites are fragile when it comes to having open, honest discussions with blacks. Hence, the presence of a number of articles on the web being written about “white fragility.” As promised, I am going to address this subject much more in-depth in a future article, showing what the roots of this malady are.

I received an email from a white sister who is married to a black brother, in which she poured out the pain in her heart about not being able to get her white church leaders to take racial issues seriously and address them. Their attitudes appear to be the same as many other white leaders and white church members, as they honestly say that they don’t believe that racial tensions exist in their particularly congregation. They are almost certainly mistaken about that assumption, but they honestly don’t see it. Why not?

Let’s use a family illustration. What percentage of teens in the church are 100% open and honest with their parents about their inner feelings and struggles? Keep in mind that when the biological clock hits the puberty button, their hormones kick in and set off feelings that they heretofore didn’t know even existed. They are now dealing with so many unsettling thoughts and temptations that they are literally scared half to death. Do you really think that the large majority of kids in this stage of life are going to be fully open with their parents? Most will not, which is why we are all so grateful for teen workers who are closer to their age and are only a part of their spiritual family and not a part of their biological family.

Are any teens fully open and honest with their parents about their inner self? Yes, some are, but many of these are only open with one parent and not both. Why are these few open at the heart level, the “gut” level, if you will? Their parents have managed to create a safe enough place for the kids to feel able to be forthcoming without fear of over-reactions in response. The kids who do not feel this safe will simply “play the game” and answer in ways that avoid total honesty regarding their struggles.

That is exactly what goes on with racial minorities in the church. They learn to live in the white person’s world and know how to answer without offending or raising eyebrows. Out of fear, they essentially “hide” in plain sight. Their white brothers and sisters assume that all is well with them, and in relief leave the sensitive subject of race alone. That describes what is going on in your church, to one degree or another, trust me. It explains why a number of black brothers and sisters (more sisters than brothers) have told me after hearing me preach on the subject that they had been considering leaving the church. You have people in your church who are feeling exactly the same way. You can continue to stick your head in the sand if you like, but your church is going to suffer some unwelcome consequences if you continue on this track.

Without understanding what my role was going to be when I started teaching on the topic, it has become obvious that I am purposefully raising the expectation level of my black brothers and sisters. I don’t wish to raise the tension level, but I am repeatedly saying that we must get this subject out in the open among us and help each other out because I believe it needs to be done. I simply cannot avoid the subject and I cannot avoid the resultant rise in expectations of our black members. In the majority, our white members are afraid to hear what our black members are really feeling and our black members are afraid to tell them.

White Christians – the Ball is in Our Court

This dynamic has its roots in decades upon decades of experience on the black side, and for that reason, we whites, who comprise the majority of the membership in most of our congregations, are going to have to initiate these discussions with our black members. That is simply common sense, common decency and common love. We cannot continue to remain silent and be content with staying on the surface in our relationships. Too much has happened and is happening in our society to keep the issue under wraps. The world is speaking up and speaking up just as we would expect – in a worldly fashion, reflecting worldly values. In the family of God, we must speak up with one another in seeking godly understanding and godly solutions. As I said in one of my earliest blog posts, “The Silence Must End!”

The following two paragraphs are an excerpt from that white sister I mentioned earlier in this article. She is a brave soul to allow me to share what spilled out of her heart, for those who know her will likely be able to identify her, although I have taken steps to remove as many identifying marks as possible while leaving her message intact. Please read what she said, and then ask your white leaders to get serious about this topic and help to start dialogue in your church, and please take this courageous step whether you are white or black. (My next article will provide some more practical steps to help you get started.) Read on…

The leaders asked “Well, who else has concerns?  Do you have anyone else expressing racial tension?” I expressed that there were feelings but our disciples of color, I believed, are conditioned in this Southern environment not to speak up because that is how they have survived. I believe that is true also in our church. We don’t create a safe environment and an inviting environment for them to feel free to express their feelings, which means we also oppress them without realizing it.

I don’t know how to start dialogue about this, but since others had not approached them, they are unwilling to dabble in this arena.  I believe that they think we don’t have racial issues in the church. They don’t see a need.  I am thinking, “We live in the South,” therefore we have racial issues. I believe that our leaders are just ignorant of these issues because they are white. I even feel weird about expressing these things which have been heavy on my heart because I too grew up in the South and also have been conditioned. I love my brothers and sisters in the church, my own racially mixed family, and desire to see growth in having these needs in our church met. My family cannot be the only ones who are feeling this way.  Thanks for your listening ear.

And I thank you, the readers, for your listening ears. I pray that this message will not fall upon deaf ears, but on ears that want to understand, and that driven by the desire to understand all of those in your spiritual family, you will take action. To that end I write, and pray.